Pouria Noie (27) comes from Gorgan, a town in northern Iran. He is currently studying media informatics at the Technical University in Nuremberg. 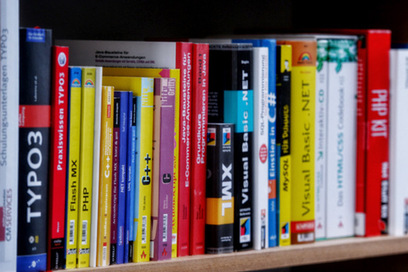 To study Media Informatics in Germany you need to have sufficient language abilities.

The 27-year-old regards his studies as a “second chance”. He already has a bachelor's degree in graphic design from Tehran. However, he could not stay in Iran as his father had converted to Christianity and was already obliged to leave the country. Pouria Noie was also raised as a Christian. When he himself was threatened he also decided to leave the country. Via Turkey and Greece he finally arrived in Germany in April 2016, where his father was already waiting for him.

His plan was to work as a graphic designer in Germany. “I tried it for a year, but always got rejected,” recalls Pouria Noie. He did not let this discourage him and he adopted plan B – an additional degree. He wished to combine his interest in computer science with the knowledge gained during his previous studies, which is why he decided to study media informatics at the Technical University Nuremberg. Prior to admission, he had to pass the language examination “telc Deutsch C1 Hochschule” and have his bachelor’s degree recognised by the university.

The media informatics programme is subject to limited admission. However, because Pouria Noie had graduated with a bachelor’s degree in Iran with a grade average of 2.0, he was ultimately certain of a place in Nuremberg and was able to start his studies in the winter semester of 2018/19. “I like thinking logically and thinking about how to write a programme,” he explains. “The combination of computer science and media is also great”. However, the programme is also very demanding: “I have to start learning every day as soon as I get home. Otherwise I won't be able to do it”. A major obstacle for him is the language. The approach to studying with lectures and seminars does not differ from his experience in Iran, but “the level is higher”. 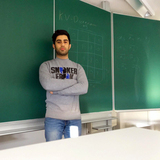 There was also a second obstacle: As Pouria Noie already has a degree he does not qualify for BAföG. However, it took some time until BAföG informed him of its decision and so he had to decide how everything was to be financed after his studies had already started. “Because of the language problems I need more time for the preparation and follow-up of my studies”, he says. It was difficult for him to fit in a part-time job. But somehow a way had to be found and that is why Pouria Noie has recently become a proud working student at Siemens.

He feels comfortable in Germany. However, he regrets that he has very little contact with his German fellow students. “I am the only foreigner on the programme,” he says. “It is difficult to find German friends”. Nevertheless, he sees his future in Germany: “When I finish my studies, I would like to work, perhaps in Cologne or Hanover,” he thinks. He prefers those areas to southern Germany.